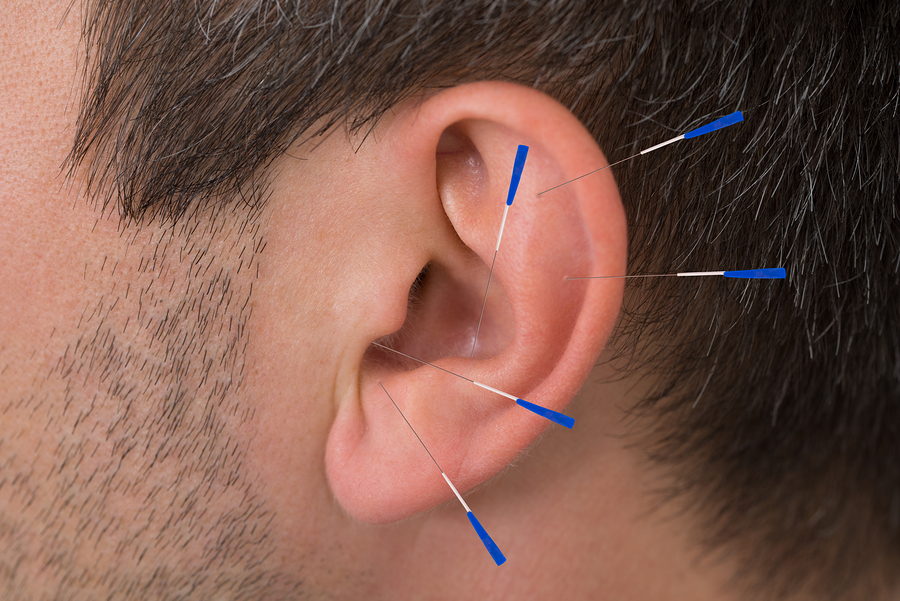 In my last month’s column, I related the story of a US army doctor, named Colonel Richard Niemtzow, who has achieved such success in treating American soldiers suffering from traumatic shock, that his techniques are currently being incorporated in the American’s army medical manuals.

The most interesting aspect of this story was his unusual treatment methods. This western physician was achieving lasting improvements by stimulating acupuncture points on the ear of his patients with adhesive pellets. This led me to investigate this unusual method more thoroughly, and I have become quickly fascinated by this remarkable technique.

Auricular acupuncture was developed by a French physician named Dr Nogier in the early 1950s, after he noticed recent scars on the ear of one of this patient who had been successfully treated for sciatic pain. From that observation emerged the concept of the ear being a unique micro system of our body’s functions which could be used as a tool for the diagnosis, prevention and treatment of human illnesses.

In the Oriental medicine’s framework, our sensory organ is a powerful centre of energy through which all the twelve main meridians intersects. This energy is concentrated in over hundreds points located around its structure which can be stimulated for therapeutic purposes. Dr Paul Nogier was the first to develop a map of the ear based on an inverted foetus. According to that concept, the area corresponding to the head is located in the earlobe; the section associated with the spine follows the posterior ridge of the ear, while the hands and feet are positioned around the anterior and posterior of the apex. The correspondence between the human ear, and specific parts of the body has been verified in several medical experiments.

In one of them which was undertaken by Korean surgeon Dr. M. H Cho in the 1970s. The detector of an electric thermometer was taped to various auricular points, while the fingers. feet and knees of the patients were being stimulated by heat, or cold. After only 10 to 15 seconds of stimulation an increase, or decrease of between 1.0 to 5.0 degrees centigrade of temperature was noted on the corresponding auricular points. When the experiment was reversed, and the heat or cold was applied on the auricular points, there was a similar increase of temperature on the related parts of the body.

Other experiments have demonstrated that when a disorder is present in the body. The electrical resistance in the corresponding auricular points will decrease.

In the last thirty years this form of acupuncture has been successfully used for the treatment of numerous disorders, including the treatment of drug addiction in the United states, to help weight reduction, alleviate anxiety and depression, and to cure chronic insomnia in elderly patients. Also, auricular acupuncture increases the pain threshold in the body, and it can be being used as an alternative pain killer to reduce the dependence on chemical drugs

It is a very safe therapy. To avoid irritation of the tissues, both ears are often treated alternatively, with various methods, from tiny beads of selected metals, to vegetables seeds, or magnets. The applied pellets are taped and stimulated for one to two minutes several times a day by the patients who can control the effects, and be actively involved in the treatment.

During a successful experiment in a nursing home in Hong Kong for the treatment of chronic insomnia in older people in the 1990s, the researcher selected points in the area corresponding to the kidney, and the heart. The kidney’s energy gradually declines as one gets older resulting in an hyperactivity of the heart with increased wakefulness and palpitations. The kidney is closely associated with the bladder, which becomes weaker as well. This leads to an increasing need to urinate during the night, and a disturbed sleep. Also, the auricular points corresponding to the liver were also stimulated. Being in charge of the flow of Qi (energy) throughout the body, the liver it is easily unsettled by emotions such as stress, depression or anger. Other selected points included were the spleen, to promote digestion, as well as, various points associated with the brain, especially the subcortex area which is associated with sleep.

In that experiment, five tiny magnets were applied to the ears of the patients, and replaced every three to four days to avoid irritation. After three weeks of therapy, the majority of patients reported an improvement in their quality of sleep, but also a better appetite, with less headaches, dizziness, nocturnal urination and depression. This improvement was still taking place when the follow up assessment occurred three months later.

This is another significant addition to the tools at our disposal for the treatment of the human body. It demonstrates once again how much there is still to discover in the field of Oriental medicine, and what a fascinating journey it turns out to be.

Olivier Lejus MHSC.BHSc. is a registered acupuncturist practising in Sydney.