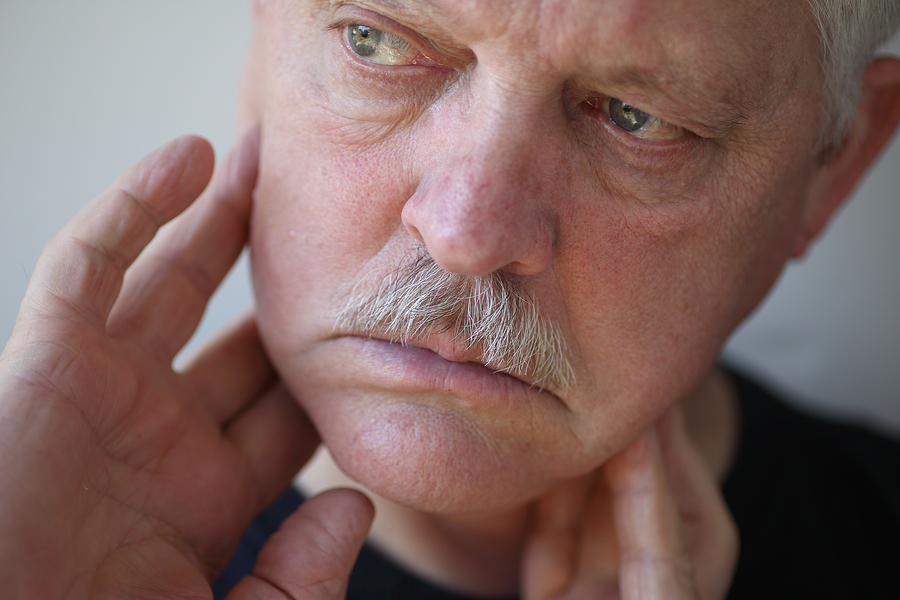 Let’s imagine you wake up one morning with a pain in the neck which gradually gets worse. A few hours later you realise that all feelings on the right side of your face have been lost. You are now unable to close one of your eyes, and half of your mouth feels like a useless bit of rubber. You are rushed to hospital, to get diagnosed with Bell’s Palsy.

You are told that this form of facial palsy occurs when nerve damage to the face paralyses the facial muscles. You learn that there are at least 30 different causes of facial palsy, ranging from tumours, to stroke and head trauma, and that Bell’s Palsy is the most common form. It can occur when a viral infection inflames the facial muscle, or if you are very unfortunate as a long term consequence of an ear infection. It can strike anyone, at any time.

You have now been sent home from hospital with strong pain killers, to find yourself no longer able to perform the basic tasks that you have always taken for granted, like drinking, and eating without dribbling, or sleeping with your eyes closed. Since your right eye is permanently open, you have to tape it down, or wear a face mask every night to get some sleep. As you are no longer able to blink, standing outside in cold weather soon becomes an agony when your right eyeball slowly freezes to your skull. But, you will soon realize that it is the emotional impact which is often the hardest to overcome. Being unable to express emotions like joy, sadness or empathy makes social interaction with your friends, and your life partner very awkward,. This can have a devastating effect on your confidence and self-esteem.

You will also find out that it is difficult to get effective treatments. Many doctors are not informed about the wide range of options which are available. A recent study in the British Medical Journal revealed that almost nearly half of the patients with facial paralysis were not receiving the recommended treatment that could prevent permanent disability. It showed that despite clear evidence that the steroid prednisolone improves the chances of complete recovery, 44% of patients were not receiving it. Also, Bell’s Palsy is a condition which develops very slowly, so any research to investigate preventions or interventions required a  very long time, and there never seems to be enough funding available to do so.

So what are the alternative forms of treatments?

According to the authors, regular physical therapy and even getting Botox injections can make a real difference to a patient’s quality of life, Also facial acupuncture is often mentioned as a viable option. Unfortunately, it has always been very difficult to scientifically assess the efficacy of acupuncture for several reasons: There are many forms of acupuncture, with some schools placing greater emphasis on stimulation the Qi (energy) than some others, so one can’t apply a standard treatment protocol for all research, Also, since the practitioner has to know which points to stimulate, the placebo effect is very difficult to eliminate. This explains why the medical studies often show conflicting outcomes

Last year the Canadian Medical Association Journal published an interesting study which was conducted to establish if the difference in acupuncture techniques had an effect on the recovery of the patients. Dr Wang and his colleagues asked 317 adults with Bell’s palsy to undergo five half-hour acupuncture treatments for four weeks with a follow up period of six months. It is worth mentioning that Dr Wang had focused on this condition because recovery of the facial nerves affected by Bell’s was not as susceptible to the placebo effect as other neurological conditions. In the study, half of the participants were randomly selected to receive treatments in which the acupuncturist manipulated the needles several times during the session to stimulate the Qi, while the other participants in the second group had the needles inserted and left alone. All of the patients also received the standard prescription drug Prednisolone.

Neurologists, who didn’t know which treatment each participant had received, were asked to assess the patients’ facial functions throughout the study. The team found that 94 percent of participants who received Qi stimulation acupuncture completely recovered their facial function by the end of six months, while only 77 percent did in the other acupuncture group. The researchers discovered that the participants in the first group had greater facial function, such as in raising the eyebrows, blinking and baring teeth.

Dr Jian Kong, an assistant professor at Harvard Medical School and Massachusetts General Hospital, who was not involved in the experiment, mentioned that “one explanation for the positive results could be that needles in the face increase blood flow to the area which provides more nutrition to the nerves, and help the inflammation to diminish quickly so people can recover.”

It is only a beginning, and more research is obviously needed, but it is an encouraging start for those of us who have been dreaming of combining Western and Oriental medical treatments for a very long time.