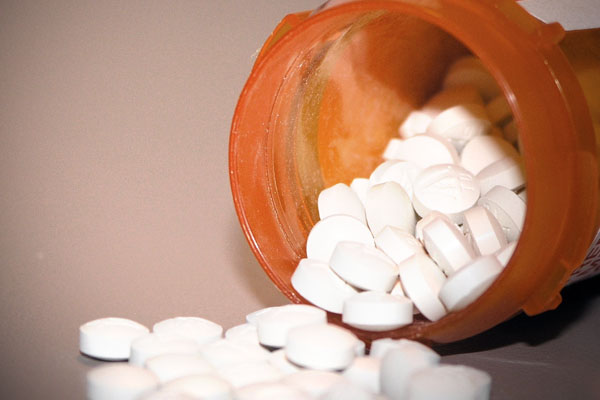 In this second article on the treatment of drug addiction, we will be looking at a few alternative methods of treatment being pursued by Traditional Chinese medicine which are creating growing interest amongst the medical community.

China has a painful history of drug addiction which was recorded as early as the 8th century AD, and Traditional Chinese medicine has been the main form of treatment in that country ever since it began. According to the principles of Chinese medical theory, there is in a mutual dependency between the mind and the body, each affecting the functioning of the other. A person who is drug addicted will suffer from a deterioration in the brain’s ability to regulate memory retention, control over behaviour, and emotional balance. In Oriental medicine, the heart is the residence of “the shen”, or spirit. It is responsible for the emotional, mental and spiritual qualities of a human being. The condition of the heart has a direct impact on several aspects of our mental health including the consciousness, the memory, the reasoning, and the sleep. The Liver houses “the Hun”, often translated as “the ethereal soul” of a person. It influences our capacity to make decision, and to find a sense of direction in our life. A weakness in the liver is often reflected in difficulties in making decisions. The lungs emotional and spiritual attribute is called “the Po”. It has a close connection with the limbic (emotional) system of the brain. It regulates our ability to express emotions such as grief and sadness.

From a Chinese medicine’s perspective, regardless of which drug is being used, when a substance is consumed at a level that produces significant psychotropic effects there is an inevitable change in “the shen” or heart spiritual attribute.

The initial brain stimulation creates a feeling of euphoria and excitement which gradually leads to dream disturbed sleep and insomnia. This is being caused by a built up of internal heat from the narcotics in the body. Upon examination, the patient will have a fast pulse, and the colour of his tongue will be redder than usual. At this stage, the pattern is identified as an excess condition of the Heart. The herbal, or acupuncture treatment will be primarily aimed at reducing the level of internal heat. As the drug abuse pattern becomes established, the brain will develop a tolerance to the narcotics, and increasing quantities will be needed to generate a similar effect. The cessation of drug intake will cause symptoms such as anxiety, and depression, and the pulse will feel very tight on palpation, like the string of an instrument. This will be interpreted as a liver excess pattern, and the treatment strategy will have to be modified accordingly. Gradually, as the addiction develops, the liver dysfunction will weaken the digestive system resulting in bloating, loss of appetite, anorexia, nausea, and constipation. Treating these symptoms will be relatively easy, but curing the opiate addiction will be a lot harder.

An unusual method which has shown a lot of promises is ear acupuncture. Auricular acupuncture was originally invented by a French doctor named Paul Nogier in the 1950s. This Western practitioner discovered that the human ear is a remarkable microsystem which accurately reflects the heath condition of a person. Specific organs, and areas of the brain can be stimulated for therapeutic purpose. Auricular acupuncture is now widely used in many countries, including Germany, England and the United States for the treatment of a variety of neurological problems ranging from anxiety to insomnia and drug addiction.

The use of auricular acupuncture in treating acute drug withdrawal began in Hong Kong in 1972. A few years later, In the United states the National Acupuncture Detoxification Association (NADA) developed a systematic treatment protocol which is still being used today. Tiny little metal pellets made of gold or silver are applied with clear adhesive tape on specific areas on the ear of the patient. These can be left for up to two weeks before being replaced. The patient is able to shower, and even swim in the meantime without discomfort while the targeted body parts are being constantly stimulated. In the treatment of drug addiction, the stimulated areas include the sympathetic nervous system, which regulates nervous tension, anxiety and depression, and helps control the narcotic cravings, the liver, to assist in the drug breakdown into the system, the kidney area to help the drug elimination thru the bladder, and the Lungs which affect the vagus nerve associated with digestive disorders. Others areas include the limbic system to regulate the autonomic functions, emotions and behavior. Ear acupuncture has allowed thousands of patients to decrease their dose of prescribed medications, and to alleviate the drug cravings to a great extent. In another area, a couple of London hospitals have undergone trials using Chinese herbal medicine to control withdrawal drug cravings.

One can certainly hope that these promising developments will encourage the Western and Oriental medical systems to work together on a bigger scale in the near future. Millions of patient’s lives around the globe are probably depending on it.

Olivier Lejus MHSc.BHSc. is a registered acupuncturist practicing in Sydney.