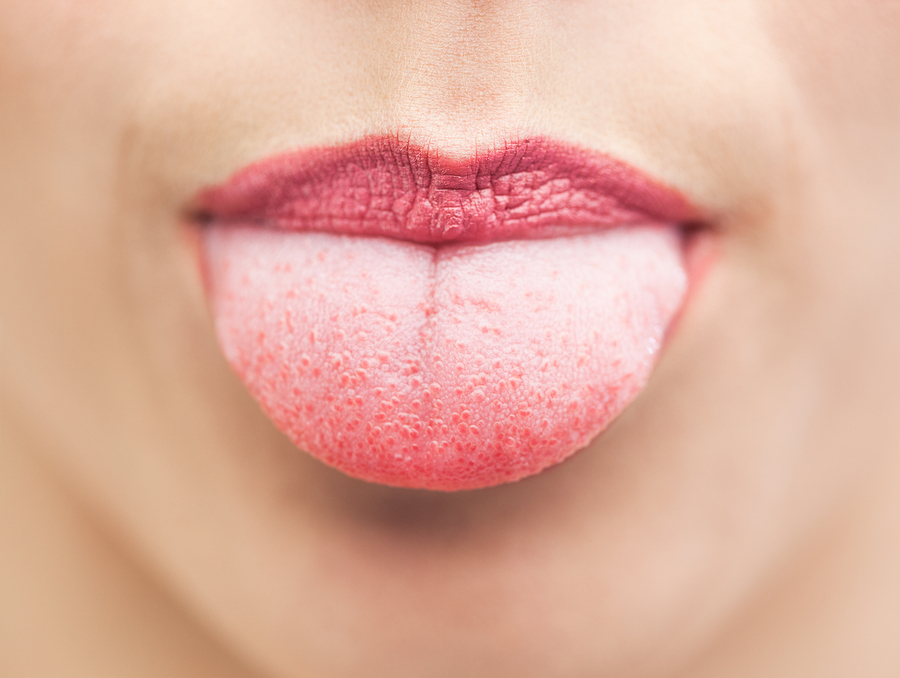 My patients are often puzzled to be asked to show me their tongue during every consultation, which I understand. After all, the only time our local doctor looks at our tongue is on very rare occasions when he needs to check the state of our tonsils, and even then, he never seems to pay as close attention as I do. So after being asked so many times the medical relevance of tongue examination the time has now come to reveal the secrets of this mysterious art.

Oriental medicine is the oldest form of traditional medicine in the world, with its origin going back to over 3000 years ago. Until very recently, the traditional Chinese practitioners didn’t have access to any modern medical equipment for their diagnosis, so they learnt to recognize evidence of pathological dysfunctions by other means. From the close observation of billions of sick patients, over the milleniums, they became expert at interpreting the subtle changes in a person’s skin colour and texture, as well as the variations in the tonality of their voice, their body smells, their emotions, and the quality of their pulse and their tongue. From the gathering of these littles clues, the cause of their disorders would gradually be revealed. Nothing has changed after all these years, and today these ancient skills remain the foundations of Chinese medicine diagnosis.

According to the ancient classical texts of Chinese medicine, the tongue is the only internal organ that we can see. Each individual tongue is unique, as apparently there are not two identical human tongues on the planet. In our oriental framework, the condition of the tongue mirrors the condition of the kidney, the spleen, the liver, the heart, and the lung. Each of these individual organs is represented in a specific area. The kidney region is at the back of the tongue, the spleen and digestive system are in the middle, the liver and gallbladder are on the lateral middle edges of the tongue, and the heart is at the centre of the tip, with the lung being represented on both sides next to it.

The first rule of tongue diagnosis is to distinguish between the true colour which is an accurate reflection of the health of the whole body, and temporary discolorations being caused by certain foods, or medications. For example, a patient who has been sucking vitamin C lozenges will have an orange tint on his tongue, which is not related to his internal condition. In the same fashion, drinking milk will leave a white coating, eating beetroot a red coating, and so on. Once this has been clarified, the tongue examination should be conducted in the best available light.The practitioner will differentiate between the body of the tongue, and its coating During illnesses the body of the tongue will change according to the strength or weakness of the arterial or venous blood flow, lymphatic drainage and concentration of plasma proteins.. Anatomically, the tongue is supplied in oxygenated blood by the carotid artery, while the venous drainage of deoxygenated blood is conducted by the lingual vein underneath the tongue. This can be useful for diagnosis. An oriental practitioner treating a patient with a lung condition, will look for evidence of swelling or darkening in the colour of these lingual veins underneath the tongue to assess the degrees of impairment of lung circulation.

A normal healthy tongue is light red, slightly wet, and covered with a thin white coating. From that point of reference, a lighter tongue colour will be interpreted as evidence of cold in the body and deficiency in blood supply , the lighter the colour, the stronger the level of deficiency. In contrast, a darker red colour will indicate an excess of internal heat in the organs. In the extreme case of life threatening conditions with high fever, the patient’s tongue can change from a light pink colour to tomato red, in a matter of weeks. The practitioner can also assess the level of recovery in a patient’s condition by the improvement in the tongue colour.

The shape of the tongue is another potential source of information. Patients with a weak spleen and stomach have a swollen tongue which looks like it has been inflated. Additional ridges or “toothmarks” on the sides of the swollen tongue are evidence of excess cold in the digestive system, which is often due to a lack of warming foods in the diet.

A small, thin tongue is often seen with young students suffering from chronic insomnia or anxiety due to mental exhaustion. It indicates a depletion of Qi (energy) and blood circulation in both their heart and their spleen. If a red tongue has multiple cracks on its surface, it is a sign that internal built up of excess heat is drying up the fluids, hence its resemblance with the parched soil of rural Australia after a long lasting drought.

Why don’t you join me again next month for a more detailed look at the tongue with practical advice, and dietary guidance that you can use.to improve your own health.