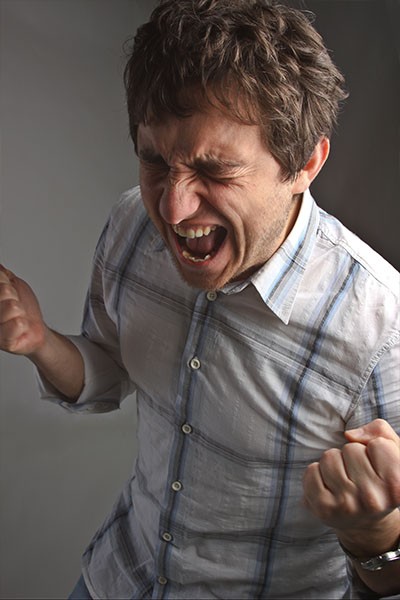 Most people would agree that technological progress has made our lives more enjoyable in many different ways. The downturn has unfortunately been an increase in the pace of living.

There is little doubt that the pace of our lives is markedly quicker than it used to be even a couple of decades ago. In the age of the internet and mobile phones, we are in permanent communication with the outside whether we like it or not. Our brains are constantly being asked to process more information that they can handle, we struggle to make several decisions at once, and stress becomes a major part of our lives.

When the body feels under physical or emotional duress, it immediately responds by switching into emergency mode. This trigger a response from the adrenal medulla gland which is one of two little organs located on top of the kidneys.

In what is often described as “the flight-or-fight syndrome”, the adrenal gland activates its hormone to divert blood from the temporary less important organs to the brain, heart and skeletal muscles as the body get into high alert and ready for action. Soon the heart rate increases, and the blood pressure rises due to the vasoconstriction of the blood vessels to limit potential bleeding. This is how our nervous system has developed to respond to potential threats since the time we were cave dwellers who had to fight for survival on a daily basis. Unfortunately, our brain doesn’t discriminate whether we are being attacked by a bear, a mugger welding a butcher knife, or we are just panicking about running late to a work appointment. The physiological response is more or less the same. When less blood is being pumped into our digestive organs on a regular basis, our digestion soon gets affected. Since our brain is in constant alert, we have difficulties relaxing and can’t get to sleep. We start producing more red blood cells to compensate for potential blood loss, but fewer white blood cells for building up our immunity. So we get sick more often. Soon irritability and anger become constant companions.

Anger stimulates more sympathetic nervous system activity than other emotions. It increases the heart rate and temperature which leads to rise in blood pressure. It is not surprising that numerous medical studies have found that men with high levels of anger were three times more likely to die from coronary heart disease (CHD), than the rest of the population.

In most Asian cultures losing control of our temper is seen as a sign of mental weakness. Chinese medicine presents anger as a destructive emotion that can impact many organs and systems in the body. According to Chinese medicine’s theory, the liver, from the wood element, is responsible for the smooth flow of Qi (energy) throughout the body and the regulations of our emotions. The ability to make decision wisely is also associated with the liver energy. That organ is often compared to a prime minister in a government. When the wood element loses its flexibility, it becomes rigid. So, we get set in our ways, and we constantly struggle to accommodate to changes in circumstances. Emotions such as anger, irritability, and frustration are all signs that our liver Qi is not flowing smoothly. The liver energy also represents courage, the ability to have guts when needed. A deficiency in the gallbladder is expressed by the inability to make decision. Since the liver is said to store the blood, liver dysfunction brings up symptoms such as: headaches, dizziness, eye problems, and menstrual pain. The connection with stress and digestive problems is also present in Oriental medicine thru the connection between the liver and the spleen. In our framework, the spleen, and its partner the stomach both from the earth element, get weakened by excessive mental work and constant worry. A specific symptom of imbalance in the spleen is the inability of letting go of specific issues. Other manifestations of earth imbalance are tiredness, loss of appetite, poor digestion and loose stools. Anger makes the liver energy stagnate, soon that Qi stagnation turns into heat, which is expressed when the angry person gets red in the face, and start shouting. When the liver (wood) energy gets out of control, it overpowers the earth element represented by the spleen and stomach, and the digestive problems become chronic. In my clinical experience, many men and women store their nervous tension in their guts which often leads to Irritable Bowel Syndrome (IBS) when the alternation between constipation, diarrhea and stomach cramps is triggered by emotional factors. So what can we do to avoid this destructive pattern?

Both the Internet and mobile phone can easily creep up into our lives to become an addiction and a source of permanent stress. Since the pace of technological progress is not about to slow down any time soon, we have to learn to accommodate our lifestyle accordingly

In the next issue of NOVA we will look at different ways we can harmonize our lives and still make the most of what modern technology has to offer.

Olivier Lejus MHSc.BHsc. is a registered acupuncturist practicing in Sydney.