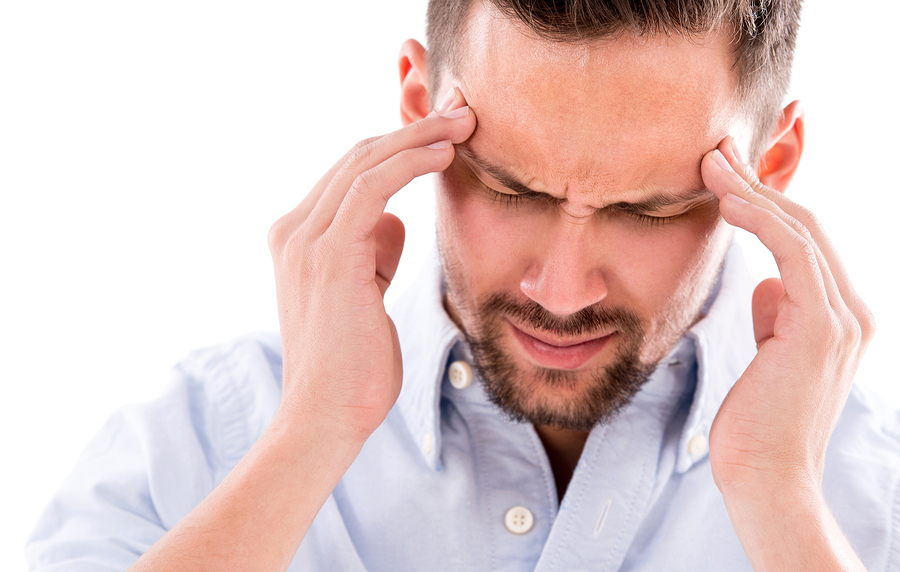 According to the National American Headache Foundation, over 12% of the US population suffers from migraine headaches. For those who are affected it is a very debilitating condition. At its worst, the pain can be unbearable to the point of contemplating suicide.

Migraines can be caused by a variety of physical and environmental factors, including diet, stress, allergens, menstruation, and changes in the weather. The majority of the sufferers have a family history of the complaint, and women tend to be afflicted more than men. It is worth mentioning that headaches can be the manifestation of some potentially life threatening conditions such as brain tumours, or meningitis. If one starts experiencing unusual bouts of intense headaches, it is very important to get a medical check-up as soon as possible.

Migraine headaches occur when the temporal artery which lies just under the surface of the skin around the skull suddenly gets enlarged. The migraine sufferers find themselves unable to concentrate, or even make coherent sentences, and the range of accompanying symptoms include nausea, vomiting, and a decreased blood flow to the extremities causing cold hands and feet or tingling sensations in the limbs. In addition, there is an extreme sensitivity to lights and sounds. Often the only way one can find relief is by laying down in a dark room in total silence.

According to the National Health Service of Great Britain, about one third of migraine sufferers experience visual distortions, before or during the attack, and visual hallucinations like seeing stars, sparks, or intense beams of bright lights are often reported. These symptoms have been attributed to the impairment of blood flow of the internal carotid artery supplying the brain. According to recent medical research, women migraine sufferers who experience visual distortions have a much greater risk of heart attack than the rest of the population.

Many great artists who have been afflicted have incorporated these visual disturbances into their art. The Dutch impressionist painter Van Gogh made countless drawings of his migraine’s visions, and the British writer Lewis Carroll’s description of hallucinatory episodes in his book Alice in Wonderland is believed to have been a reflection of the author’s own migraine experiences

Throughout the centuries, many folk remedies have been prescribed to relieve the pain, ranging from pressing nails against points on the forehead, to drinking tea made of freshly picked peppermint leaves and honey, or ingesting mineral-rich indigenous Rooibos potions. In Mexico, a popular cure is sipping orange tea, while placing ice cubes, or a poultice of clay on the head. A more conventional form of treatment is the intake of analgesics such as, paracetemol, nurofen or aspirin to relieve the pain. In the most serious cases, taking Serotonin Reuptake Inhibitors antidepressants can be effective in reducing the incidence, and severity of migraine attacks. Unfortunately, all these medications have a wide range of unpleasant side effects. The analgesics can only be taken for a short period of times before the digestive function gets compromised, and the antidepressants, numb the emotions, cause drowsiness, and eliminate the sex drive.

To understand how these drugs function, we need to first look at how the brain works. When we experience pain, the body activates chemicals messengers at the site of the injury called nociceptors which travel to the brain to activate the pain receptors. Mild analgesic medication acts at the site of the injury to block the release of the chemicals that stimulate these nociceptors. In the case of aspirin, once the tablet is digested in the stomach, it travels in the body thru the blood vessels to stick to a protein (COX-2) that prevent the chemical messenger prostaglandin from working. The body doesn’t feel the pain, because the pain receptors have been blocked.

In the second case, antidepressant drugs called Serotonin Reuptake Inhibitors affect natural chemical messengers called neurotransmitters which communicate between the brain cells. Antidepressive drugs only stop one of these neurotransmitters, called serotonin being reabsorbed and deactivated. This is important since serotonin is a hormone which harmonizes the mood; it facilitates sleep, and it narrows the blood vessels. Its last action makes it beneficial to migraine sufferers who are victim of enlargement of the cerebral artery. Unfortunately, as we have previously mentioned these drugs can have massive side effects.

What are the alternative forms of treatment?

First of all, selecting the right diet can have a major effect on reducing the incidence of migraine headaches .A natural substance called tryptophan has a similar calming effect in the brain, as the neurotransmitter serotonin. It can be found in many types of foods including: turkey, eggs, salmon, mackerel, flaxseed oil, kiwi fruits, bananas, pineapples, tomatoes and sour cherries and many others. This explains why eating sour cherries before bedtime has traditionally been a prescription against insomnia.

Our friend tryptophan is also present in foods rich in B6 vitamins like cereals, rice, and complex carbohydrates such as bread and buckwheat.

We will explore this topic further in the following issue of NOVA, and investigate other forms of treatments including Traditional Chinese Medicine.

Olivier Lejus MHSc.BHSc. is a registered acupuncturist practicing in Sydney.