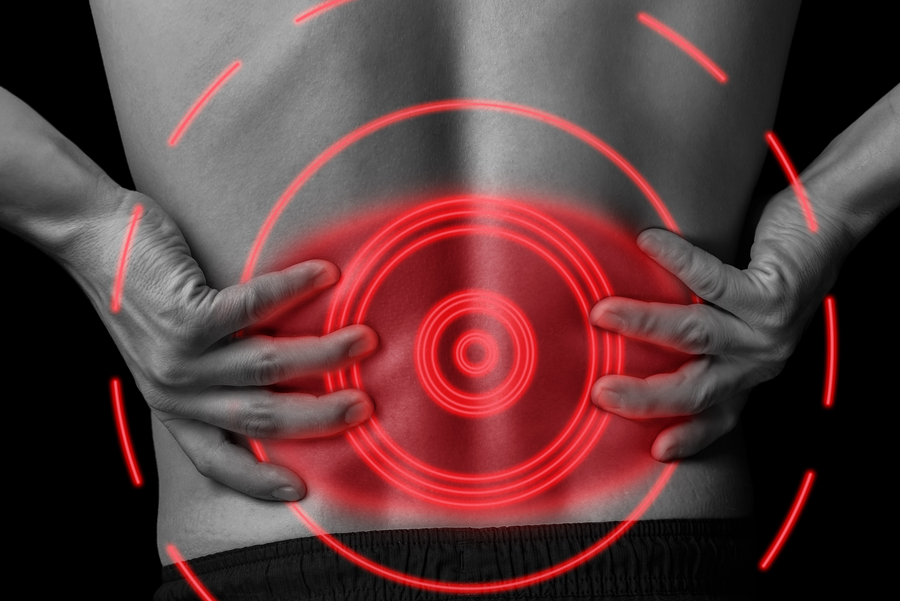 It has long been recognized that the ability to experience pain is associated with the degree of evolution of the nervous system in the species. For example, it has been demonstrated that mammals are able to feel pain unlike more basic forms of life such as fishes or insects which do not.

For us human beings, it is a mixed blessing. Due to the development of our nervous system, we are able to experience a greater range of physical sensations and emotions than the animal world, but unfortunately it also makes us very sensitive to pain.

As a result, for centuries in all medical systems, there has been a constant quest for a magic cure to alleviate pain, as well as numerous attempts to explain the causes of our suffering. In the early days, due to our deep religious beliefs, pain and illnesses were often interpreted as the consequences of displeasing the gods, or demons. For example in medieval Europe, patients dying from the bubonic plague were told by the clergy that they would be spared death if they correctly confessed their sins. In addition, the methods used to alleviate the suffering were often worse than the pain itself, as illustrated by one of the medieval technique commonly used for treating battle injuries which was to cauterise the wound to seal the skin, by applying a red hot iron directly over the site of the injury.

Nowadays, in western medicine the approach to the treatment of pain (neuralgia) is the use of chemical painkillers to either stop the pain transmission by neutralizing the pain receptors at the site of the injury eg. Panadeine or paracetamol, or in the most serious cases to use opiate or narcotic pain killers like morphine or pethidine to stop the pain transmission thru the spinal cord to the brain Unfortunately, while opiate pain killers can be very effective, they often result in intolerance, physical dependency and serious side effects in the patient.

In that sense the oriental approach is markedly different. In Traditional Chinese Medicine theory the blood or Qi (energy) travels thru channels or pathways which are distributed all over the body including the organs and muscles. It is considered that pain arises when there is a blockage with the flow of Qi or blood in these channels. Therefore the treatment, whether it is acupuncture, or Chinese herbal medicine, is aimed at moving the blood or the Qi in the meridians which are affected to relieve that stagnation

As a result, in contrast with western medicine pain killers, the treatment will varies according to the location of the dysfunction, and the channels which are affected For example in the case of headaches, frontal headache will be treating using the large intestine meridian which flows from the thumb to the front of the head, whereas an occipital headache at the back of the neck will be treated by using the gallbladder meridian which travels from the side of the head to the back of the neck

Naturally, as the western approach acknowledges, pain is a complex phenomenon.

It has been long been acknowledged that our perception of pain is greatly affected by our emotions, so that our suffering will be perceived as more acute whenever we are stressed, tired, or depressed. In the case of chronic pain, symptoms of depression can often be the result of the constant discomfort suffered by the patient. This leads us to a common vicious cycle, where the pain will be felt more sharply if the patient is depressed, but long term period of pain will also result in depression which will make the problem worse and the patient more depressed.

In Traditional Chinese Medicine, different organs are associated with different emotions, and symptoms of depression are often correlated with the liver. As a result, any long term depression will have an effect on the liver meridian and the digestive system resulting in symptoms such as diarrhoea or constipation, indigestion and irritability. In that case, the treatment prescribed, whether it is acupuncture or herbal medicine would have to be adjusted accordingly.

Of course, long term pain can often be the result of a life threatening illness which we, as oriental practitioner, won’t be able to manage on our own. In that case, the ideal approach for the patient is often a combination of several modalities. The mind being treated with a combination of meditation and breathing exercises, while the body is taken care with acupuncture or herbal medicine This would be accomplished in collaboration with a western practitioner and in addition to the required western medical treatment prescribed. As a result, the dose of the medication, as well as the chemical side effects of the drugs will be greatly diminished

Maturity is often described as the ability to accept our own limitations, and that applies to both medical systems as well. Therefore, it is by combining the common strength of oriental and western medicine that the best outcome will often be achieved. I sincerely believe that it is a concept that our community is now ready to embrace.

Olivier lejus MHSc.BHSc. is a registered acupuncturist practicing in Sydney