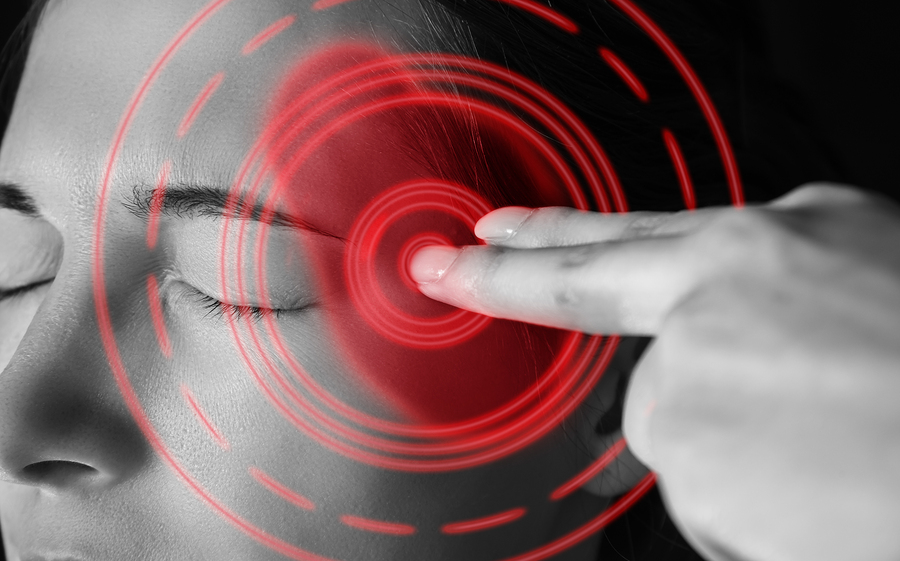 In last month’s issue of NOVA magazine, we looked at the various causes of headaches, and the different western forms of treatment for this condition. In this second article on the topic, we will examine alternative methods of therapies, including Traditional Chinese medicine.

In my clinical experience as an acupuncturist, I have found this modality to be very effective in resolving many forms of headaches, and today I would like to explain how your condition will be treated using a medical framework which can be quite mysterious at times.

Migraines headaches are caused by the expansion of some of the arteries supplying the brain. Many headaches sufferers will be very familiar with the horrible feeling of having their head being crushed into a vice. For most of us, the easier option is often to take an over the counter pain killer, such as Nurofen or Paracetemol to alleviate the symptoms. While the medication can often be effective in alleviating the pain on a temporary basis, it doesn’t resolve the cause of the problem, without mentioning the side effects of regular intake of analgesics which can be quite severe.

In Oriental medicine, we look at the body from a different perspective. Each organ is associated with a specific emotional pattern, food preference, muscular unbalance, and disharmony with one of the five senses. This established emotional, and physical map for each organ is the result of many centuries of medical practice, and although our lifestyle has changed a great deal since these ancient times, it is comforting to realize that the human body and its associated emotions have remained the same after all these years.

The study of these specific patterns of disharmony is still today one of the foundation of the Oriental practitioner’s training. It provides an invaluable tool for the successful diagnosis and treatment of many conditions, including migraines. The first concern to the Chinese medicine practitioners will be the location of your headaches. Is your pain occurring at the front of your head?, or on top of your skull ?, or is it located behind your ears?. Each of these areas is supplied by a different channel of energy, so the acupuncture treatment will only be successful if the appropriate pathway is regulated. Also the duration and severity of the pain will confirm whether the problems is the result of a pathological attack (like a cold) or from an internal unbalance by one of the organs. In each case a different treatment approach will be adopted. If your problem is chronic, which is defined by duration longer than three months, the liver organ and channel will soon become our primary suspect.

Let me explain why. In Chinese medicine, the liver is responsible for the harmonious circulation of the blood throughout the body. For example, many menstrual problems are the result of an imbalance in that channel. The pathway of the liver channel starts at the lateral tip of the big toe in the foot. From there, it travels to the inside of the leg, going through the reproductive organs, before making its way to the stomach , the chest and to the liver organ itself. Then a separate branch travels to the head, going through the eyes, to end at the top of the skull. The location of the pathway of that channel explains why the liver is so important in the treatment of many conditions including reproductive and digestive disorders, as well as eyes, and neurological problems such as headaches and insomnia. On the emotional side, the liver is associated with anger, which can be easily be caused by stress. An imbalance in the liver can also lead to depression. We can see clearly the relationship between the liver and headaches when we look at the causing factors which include: lack of sleep, specific foods ( eg: chocolate), alcohol, menstruation , oral contraceptives, and emotional and physical stress. By correcting the liver’s disharmony with acupuncture, we will in turn improve its regulation of the blood. Since there is a correlation between the liver’s different function, the patient will often find that after a few regular treatments, not only there headaches will be gone, but that their digestion will have improved as well as their menstrual pain. One needs to be reminded that a sudden onset of severe headaches can be an early warning sign of a life threatening condition, which will NOT be cured with acupuncture, so it is always better to get yourself checked by your local doctor first.

Finally, establishing a regular short physical routine during the day, for example doing 10 minutes of upper body stretches to avoid a build-up of stagnant Qi in the neck and shoulders, can greatly reduce both the incidence and severity of headaches. Also, exercises such as Qi Gong, swimming, and physical therapies like Pilates can be very effective.

I have often found that as soon as we take positive steps to take control of our health, and look at controlling the factors which are affecting us we begin to make progress. In the case of headaches it can be often make a world of difference.