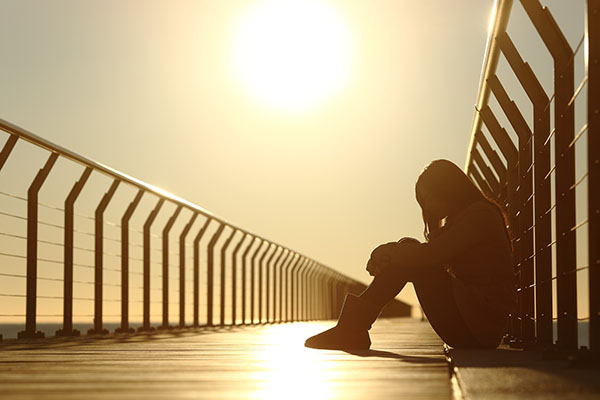 It happened several years ago. I thought I had just found the perfect place for a holiday. It was a little log cabin in the country at the middle of nowhere, and I quickly decided that it was just what I needed to give my mind a well needed rest. Unfortunately by the end of the third day I was dying of boredom, the silence was driving me nuts, not only I wasn’t relaxing, but I was getting increasingly edgy. I couldn’t wait for something, anything to happen, to break the deadly routine.

The brain needs stimulation. There is a very fine line between being relaxed, and being bored. Prisoners placed in solitary confinement for long period of times with nothing to distract them, end up getting paranoid, delusional, and insane. On the other extreme, when the brain is constantly being asked to process too much information at the same time, we become stressed, and life soon gets miserable. Our nervous system is programmed to respond to stress by increasing the secretion of the adrenalin hormone. This boosts the heart rate, so more blood can be send to the brain to increase alertness and concentration, and to the muscles to get them ready to fight potential physical threats.

When we live in a stressful environment, our mind gradually gets overwhelmed by the over stimulation, we begin to experience difficulties making decisions rationally. In a long term, our sense of perception becomes distorted, and anxiety gradually sets in.

Anxiety can be characterized as a fear of the unknown. Obviously it is quite normal to feel sometimes anxious when a situation is temporary beyond our control. For example, when our taxi is running late to take us to the airport, or when we are waiting for some exam results. In contrast, General Anxiety Disorder (GAD) occurs when an irrational fear of being unable to cope with adversity sets in. We worry constantly about potential threats, we are unable to relax, memories of previously encountered stressful situations get our heart racing, we become restless, and we have difficulties breathing. As we attempt to avoid the potential encounters that will make us uncomfortable, we become prisoner of our own mind.

In Australia, around 6% of the general population from all ages will suffer from General Anxiety disorder (GAD) in their life time. This is classified as someone who has experienced anxiety symptoms for over 6 months in duration. The sufferers can have great difficulties dealing with everyday situations like working, socializing, or studying. Sometimes even the smallest domestic mishaps can be seen as a catastrophe. This can lead to panic attacks, or Obsessive Compulsive Behaviour.

Since the symptoms tend to develop gradually, they are not always obvious to outsiders, and many of those affected will often suffer in silence for a long time before seeking professional help. Also, many sufferers are reluctant to take long term anxiety prescriptions drugs, such as antidepressants and benzodiazepines, often with good reasons. According to the British Medical Association (British National Formulary 2009) “All these drug treatments have side effects, and many may cause withdrawal, or discontinuation symptoms”

Alternative approaches such as meditation, breathing exercise and mindfulness can be effective in developing coping strategies. Also psychological Cognitive Behavioural Therapy Techniques (CBT) can be very beneficial, but the long term benefits will be increased if the release of stress hormones in the brain can be regulated at the same time, without the additional side effects of the prescription drugs.

In addition, Acupuncture has the advantage of being able to effectively treat associated anxiety symptoms such as: insomnia, migraine, respiratory, and digestive disorders.

Unfortunately many anxiety sufferers are unaware of the alternative forms of treatments which are available. A recent British health survey discovered that, while 92% of anxiety sufferers would be open to try complimentary medicine, less that two third were aware that acupuncture could help with their conditions.

In my own acupuncture practice in Sydney, I have found that in severe chronic anxiety cases, a two prongs approach combining Oriental medicine with counselling can be the most effective. A trained psychologist can teach the patients new behavioural habits to help them take control of stressful situations, while my role as an acupuncturist is to provide a fertile environment for these changes to take place, trimming away the adverse physical body responses like a gardener would with a replanted flower which has been under attack.