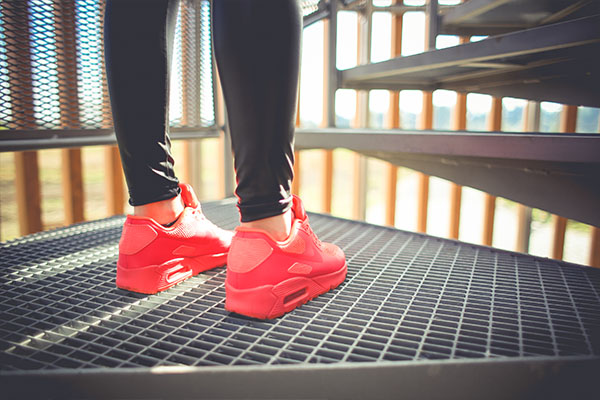 Previously, we explored the treatment of menopause with Traditional Chinese Medicine. This time, I propose to stay on the topic of women’s health to examine how frequent hormonal problems such as dysmenorrhea (painful period) can be successful treated without using conventional western medication.

In Traditional Chinese Medicine, the cause of period pain is related to the symptoms of the meridians which are affected. The male and female reproductive system is traversed by the Spleen, the Liver and the Kidney channels, so any potential dysfunction will originate from one, or several of these organs. In my last column, we discussed the role of the kidney, which is responsible for all our hormonal changes, including puberty and menopause. The two other organs involved are the liver, which is responsible for the storage of the blood, and the harmonious flow of Qi (energy) through the body, and the spleen which produces the blood.

Let’s picture a patient called Susan walking into our clinic complaining of a cold sensation, and pain in the lower abdomen which occurs before, or during the onset of her menstruation. She has only a little menstrual discharge, but it is dark in colour, with blood clots. Susan confesses of being very sensitive to cold, and she mentions some occasional body pain. Any significant amount of pressure to the painful area makes her problem worse, but the application of heat tends to bring some soothing relief to her discomfort. Further examination reveals that her tongue is pale, and her pulse is slow. This confirms that her condition is caused by an accumulation of cold. Upon questioning, she admits to a preference for salads, and vegetables like cucumber, capsicum and sweet potato, or fruits like watermelon, and bananas, these are cool and sweet in nature, and will create cold, and dampness in the body if eaten in excess. In Susan’s case, our treatment strategy will be aimed at warming up the yang energy of the kidney and spleen channels, to eliminate the cold contraction. While additional herbs, and acupuncture points will be used to relieve the stagnation of blood, and eliminate the pain in her lower abdomen. Finally, some dietary modifications, with the inclusion of more warming food such as onions, ginger, and protein, such as chick peas, or beef will be necessary to avoid further recurrence of the problem in the future.

Some time later, one of her friend called Jenny makes an appointment complaining also of period pain. This time, the symptoms are different. She describes her pain as mild, more like an uncomfortable dragging sensation, which tends to occur either preceding, or following her period. She mentions that applying pressure to the area often brings her relief. She has lower back pain, her complexion is dull, she has little appetite, and she is always tired. Further enquiries reveals that her menstrual discharge is small, and lightly coloured, and that her pulse is weak. Her general fatigue and her weak pulse give us a strong indication that there is a deficiency in the flow of energy throughout her body. The liver being responsible for a free follow of Qi, it quickly becomes our prime suspect in this case, while her lower back pain is a sign that the kidney is also involved. Since Jenny’s symptoms are being caused by a dysfunction in the flow of Qi, the act of applying pressure to the painful area will stimulate its circulation, and often bring welcome relief. Her treatment will be aimed at harmonizing the liver, and the kidney, and stimulating the flow of Qi to improve her energy. Other herbs will be selected to supplement her blood, and relieve her abdominal discomfort.

Finally, we see a third patient named Carol. She has had similar symptoms to Jenny for the past few months, but she didn’t do much about it, thinking that her condition would improve with time. Unfortunately, it hasn’t been the case, and her pain has gotten a lot worse. Her symptoms are now different than they used to be. She describes her period pain as being strong, like a stabbing pain. Her menstrual blood is dark, almost purple, and the bleeding lasts longer that usual. Carol mentions that she has a constant unpleasant bitter taste in her mouth, and that her tongue is red, with a yellowish coating on the surface. Her body’s energy which was not flowing properly for a long time, and causing her fatigue, has now becomes stagnant, and the body being hot inside, it has transformed into heat. The treatment approach will need to be different once again, with cool and bitter herbs, and foods prescribed to clear the heat, and dampness in her body. Also stronger blood moving herbs will be included to relieve the pain being caused by the stagnation of the blood in the liver channel.

Although these cases have been simplified, they give us an introduction to a different medical approach for women’s health which has been practised for over two thousand years. If you suffer from these painful conditions, it could transform your life for ever.