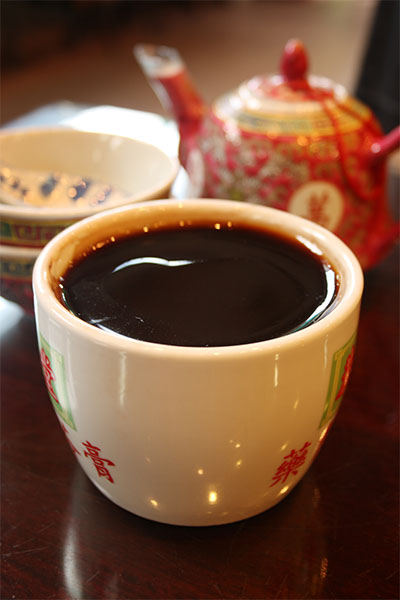 In our last article on this topic, we compared the Western and Eastern different treatment strategies for cancer .We explained why these two medical systems complement each other so well. Western medicine being very effective in removing cancer tumours cells, but ill equipped for treating the inner cause of the illness, whereas Chinese medicine, while not powerful enough to kill the tumours, can be very effective in strengthening the body’s immunity to prevent the virus occurring in the first place, and stopping it from returning after the surgery.

In this article, we will looked more closely at the Oriental medical approach, and its alternative treatments methods

To understand how Traditional Chinese Medicine works, one needs to look at the fundamental principles underlying this medical framework. At its more basic level, we have the concept of a form of energy called Qi, which circulates throughout the body and organs. Qi provides the essential life force which keeps the body and mind functioning. It facilitates the transformation of the food into nutrients, it warms the body, and it represents the immune strength which protects us from illnesses. Health issues arise when this fundamental life force is not circulating properly. This can be caused by a deficiency, when there is not enough Qi in the body to nourish it, or when the Qi becomes blocked in specific areas. Stagnation of Qi can be caused by several factors, including frequent emotional outburst of anger, frustration, and stress which are known to affect the liver organ.

In this holistic oriental model, the mental and physical aspects of our health are intrinsically linked. As an example, cancer is, in the majority of cases, caused to physical factors such as exposition to chemicals like nicotine, pollution, or bad diet, or a genetic weakness.

Living with a life threatening illness brings an enormous amount of emotional stress. These internal factors will in turn create a stagnation of Qi in the channels which will result in pain, and further weakening of our general immunity.

In our way of thinking, since the human body is constantly being maintained at a warm temperature of 37 degrees centigrade, long term stagnation of energy will gradually accumulate excess heat, like a cake being left too long in the oven. Other causes of heat built up in the body can be due to an excess consumption of spices, alcohol, or due to a poor diet. In our medical framework, herbal remedies, and food items are classified according to their thermal effects on the body (warming, cooling, neutral). Also the methods of cooking are important. For example, frying the food is lot more warming than steaming it. This explains why most forms of junk foods create excess heat in the system. When the energy is not flowing properly, the circulation of blood and fluids becomes affected. The cells are no longer supplied with essential nutrients, and the waste products can’t be removed adequately resulting in chronic inflammatory conditions, such as rheumatoid arthritis.

On a deeper level, the accumulation of toxins slowly poisons the body. The cells, which are the microscopic body’s building blocks, start reproducing at an abnormal rate. This signal the onset of cancer

An excess of Cold (Yin) energy can be just as detrimental. Cold coagulates fluids, stagnates energy, preventing it from functioning properly. Most of us have experienced stomach pain from gulping iced water, or eating an ice cream too quickly. Cold causes the body to slow down. When it develops into a chronic problem, the organs, and the glands cease to function at a normal rate. This is the main cause of hormonal diseases like hypo thyroidism. In that instance, the thyroid gland in the neck is too weak to regulate our metabolism, which is the body’s ability to use energy. The calories absorbed are not being burned at an optimum rate, and the person becomes over weight, constantly tired, and constipated. When not enough heat is being produced, the body fluids are not being dried, which can create an overly damp environment, and the creation of phlegm. Phlegm, or thickening of fluid, is in Chinese medicine a common cause of tumours and breast cancer. So it is important to cultivate Qi through diet, exercise, and meditation.

Undertaking Chemotherapy puts the liver under considerable strain. Cooling vegetables like celery and broccoli have traditionally both been used as liver cleansers. According to the author Henry Mc Grath (Traditional Medicine Approaches to Cancer, 2009. p.187), recent research shows that celery contains high levels of the bioflavonoid apigenin which inhibits cancer growth by reducing the amount of a specific enzyme used by cancer cells. Broccoli has a very useful bioflavonoid called kaempferol which prevents the binding of oestrogen to its receptors, and stops the development of breast cancer.

We will conclude this topic next month by looking at herbal treatments and lifestyle changes.